What are the signs of the menopause 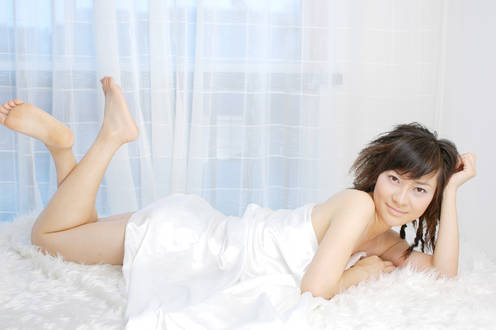 The period in which the body prepares for the menopause is called the climacteric or peri-menopause. How do we recognise the symptoms?

Symptoms of the peri-menopause
In an exhaustive study, researchers found that one or more early symptoms of the peri-menopause develop in 50-70% of women aged between 45 and 54. Most women have the following symptoms: hot flushes, night sweats, insomnia, increased heart rate, anxiety, increased blood pressure, weight gain and depression. Later they also have symptoms such as dry skin, hair loss, pains in bones and joint, loss of vaginal elasticity and pain during sexual intercourse. The urinary system is also affected. A lot of women have bladder problems caused by loss of muscle and tissue elasticity, which leads to a tendency to leak urine. A changed level of hormones is more likely to increase the values of blood cholesterol and pressure with an advanced atherosclerosis, which increases the risk of cardiovascular diseases. Low levels of sex hormones cause a low bone density, which can lead to osteoporosis and fractures.

What happens to the body during the peri-menopause?
The ovaries slowly stop producing hormones, which causes problems and unpredictable periods. Ovarian failure also has an indirect effect on other endocrine glands (e.g. thyroid gland), causing them to function incorrectly. Women lose fertility during the peri-menopause, but they?re still able to conceive at least a year after their menopause. In the peri-menopause, which can last up to several years, the ovaries produce increasingly less female and male hormones. Other tissues and organs (adrenal gland, fat tissue and muscles) assume the role of releasing sex hormone. The effectiveness of these organs depends primarily on the physical and mental condition of her woman as well as a diet. Periods can become weaker, stronger, shorter, or the time of a menstrual cycle is prolonged. Bleeding finally stops when the body produces only small quantities of oestrogen and no progesterone. A number of other functions based on female hormones are also interrupted. At lest two thirds of women complain about physical and psychological problems during the peri-menopause. You shouldn?t mistaken the peri-menopause for a disease, but it nevertheless places a heavy burden on your body and psyche. Owing to the advanced old aged reached by today?s population, the menopause can no longer be equated with old age.

Relieving symptoms of the peri-menopause
What are the steps to relieve the symptoms of the peri-menopause?
In the peri-menopause, it?s even more important that a woman has enough and high-quality sleep. This is also important for the functioning of the adrenal glands. You can ensure a sufficient amount of vitamin D, which maintains bone mass, by exposing your skin to the sun for 15 minutes three times a week. A balanced and low carbohydrate diet is important as well. It?s recommended that you eat foods containing phyto-oestrogens and plenty of vitamins and minerals. It?s advisable that you don?t smoke because smoking accelerates decomposition of sex hormones. You can also use preparations bought in a pharmacy. You can choose from several preparations containing the plant called Black Cohosh (Cimicifuga racemosa) and soya based preparations. Walks, swimming and cycling are sporting appropriate to maintain peak condition despite your age. If you have more distinct problems, or the herbal preparations don?t relieve your symptoms, your doctor can introduce hormone replacement therapy including oestrogen with regard to your health state and risks or prescribe other appropriate medications.
You must log in or register to reply here.
Share:
Facebook Twitter Reddit Pinterest Tumblr WhatsApp Email Link
Top